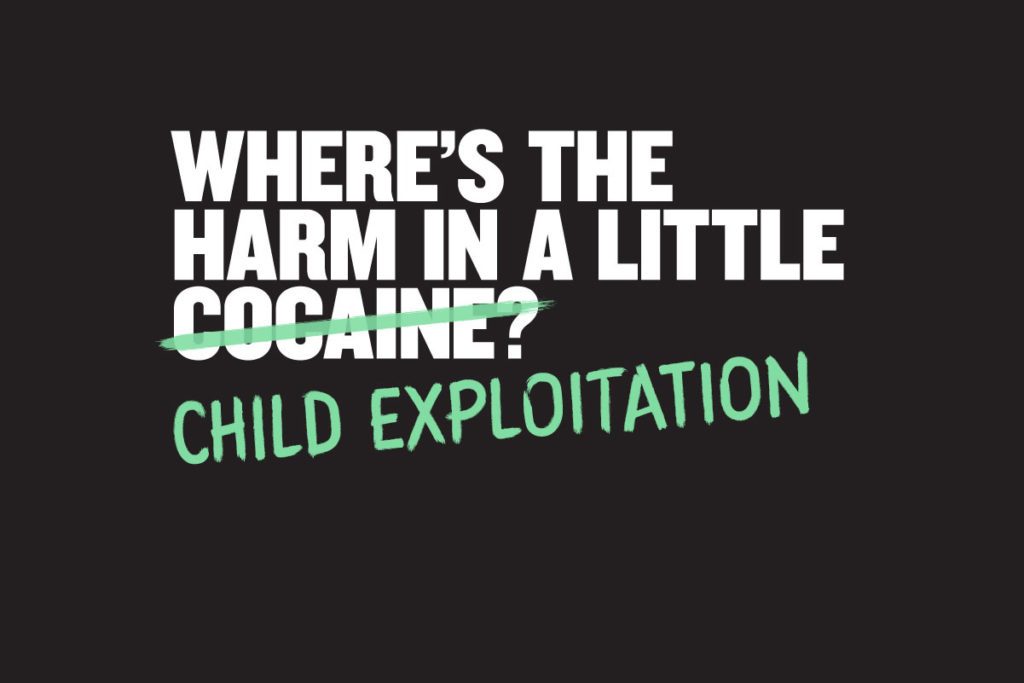 Public figures like Cressida Dick and Sajid Javid have called out the inconsistency of the ‘hypocrethicals’ – those who hold ethical values but still consume cocaine, despite cocaine’s human and environmental costs. Could a campaign use this inconsistency to challenge the drug use?

Working for Thames Valley Police, Claremont reviewed the literature, interviewed experts and analysed campaigns around the world. We ran workshops with people who consumed cocaine on a casual basis or were friends with people who did. It was clear a non-judgemental approach would be most effective. Shock imagery or anything remotely hyperbolic wouldn’t work. A direct, plain-speaking approach was needed.

We also found that our target audience was no different from the general population in being passionately opposed to all forms of child exploitation – they just weren’t making the connection to their individual cocaine consumption. This became our focus.

In December 2019 the first phase of the #truecosts campaign went live, which tested the waters among officers, community groups and the mainstream population. Evaluation showed the campaign message hits home, police officers support the #truecosts message and the public supported Thames Valley Police taking the lead on a prevention campaign of this kind.