Kickstarter came onto the digital scene in 2009 and has been doing so well that management in New York City has been able to buy, outright, a building in Brooklyn for their new offices that cost them a reported $7.5 million last year. For those that aren’t aware of Kickstarter; put briefly, it’s a crowdfunding site that allows the general public to pay for people’s creations up front so they have the funding to realise their creative idea dream.

I, personally, loathed the idea of a site that would allow complete morons to dupe people into giving them money for an idea that should never have been thought up. After a short while, something magical started happening. People were getting up in arms over rubbish projects and publicly voicing their negative opinions about them. Celebrities joined the Kickstarter bandwagon and were being mocked for doing so – the public wondering why it was that the already rich were flocking to the crowdfunding platform. And, this woke me back up to the site.

After doing some easy online research into successfully-funded Kicksarters, I found that;

Having a solid network around you meant that you were likely to do well. Pertinent to see here that this doesn’t just apply to Kickstarter.

The guff isn’t getting through. People can see the twaddle amongst the really great ideas.

Much of the hard work in sales, marketing and word-of-mouth has been done by this point and you will stay in Kickstarter’s ‘Most Popular’ lists to be seen by other Kickstarter-ers so they can help you reach your goal. Social proof (and the psychology behind it kicks in) and people want to be part of something special so they pledge. 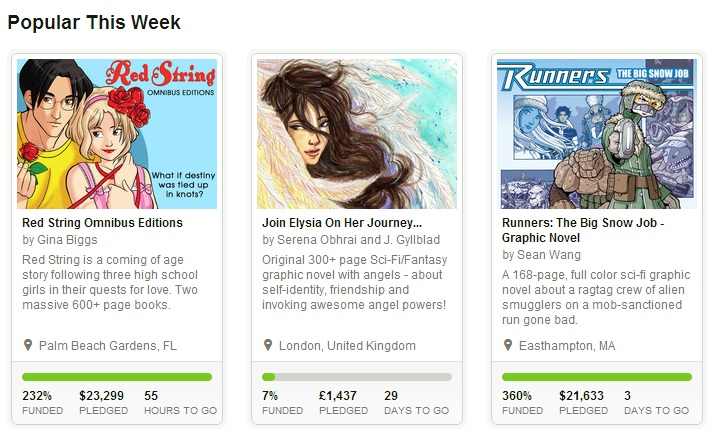 Despite the site being aimed at the average person, it’s clear that people aren’t willing to give their money to those that seem unprofessional and disorganised.

Working on my own passion project – funded by yours truly – and being worked on in my own time, I decided to give it a go. After much hard work, preparation and asking people to work for free until the money came in (everyone trusting that my own Kickstarter would be victorious), we eventually managed to put a Kickstarter page together.

As you’re able to see below, we didn’t do too shabbily for an independent project with a following no bigger than 1000. Before going live, friends mentioned to me that setting such a high figure as my target was ludicrous. Despite that, I still went ahead, and had concluded that I should follow the “if you don’t ask, you don’t get” mantra.

Hitting a penny below your target meant you would receive nothing so losing wasn’t an option. Many a night and day went by where I was wearing different hats simultaneously. Covering the sales pitch, the writer pitch, the company director pitch – I was made to switch between any of these depending on who I was looking to raise money from. 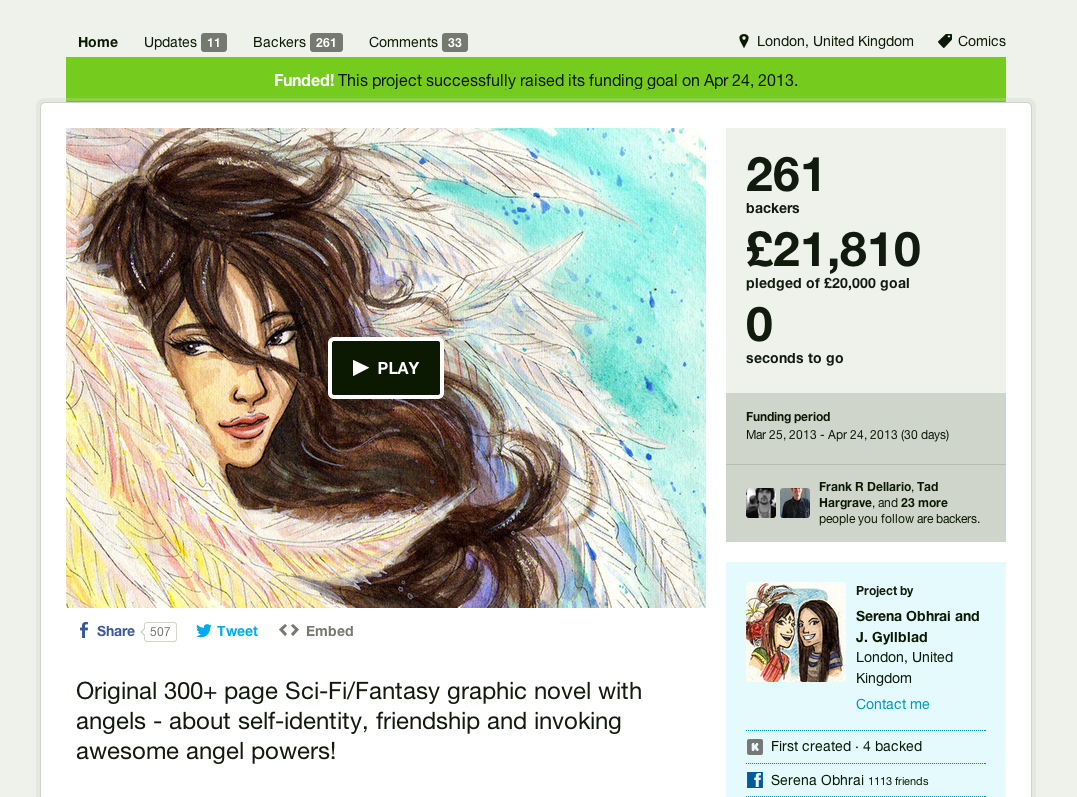 Sleep was a luxury. Stress levels were high.

Towards the end of our Kickstarter, the revolution began. People started flocking to me in droves telling me how proud they were that we were so close to our goal and that if we needed the extra cash to push the total over the edge (at this point, we were sitting comfortably at £18,000 with seven days to go), they would be there to help.

Our hearts warmed and relief trickled through our veins.

There was a calming feeling in the final days of the Kickstarter and, although, we had made it, it obviously meant that the work had only just begun. Five months in, we’re making steady progress and development of the comic is well underway.

What have I learnt?

Well, a surprising number of your friends, colleagues and acquaintances will shock you and let you down. Asking people for money is not an easy task so lower your expectations accordingly. On the upside, a surprising number of people will go out of their way to keep you happy and pledge whatever they can give – even those you’ve not heard from in a while. It’s these people that you should remember and be thankful for.

I now have to spend more of my own money to keep this project going as we’re undoubtedly running into unforeseen risks that I’m having to overcome. Has this made me sad? No. The amount of publicity, press and fans of the project have made the sleepless nights all worth it. Slow and steady wins the race, but those who join the revolution that Kickstarter has created get to experience something special.

Feel free to keep an eye on the project, or even pre-order yourself a copy.

Colours influence our physiology and psychology. They affect our autonomic nervous system, memory retrieval/formation, hormonal activity and emotional stimulation.   For example, did you know that the phrase ‘seeing…

Can a £30 widget really get you drinking more water?

I stumbled across a review in the Telegraph the other day for the ‘Ulla Smart Hydration Reminder’. Ulla is a little plastic capsule attached to a band, which slips onto…