Being smart AND loud – telling the untold story #AfterSeptember11 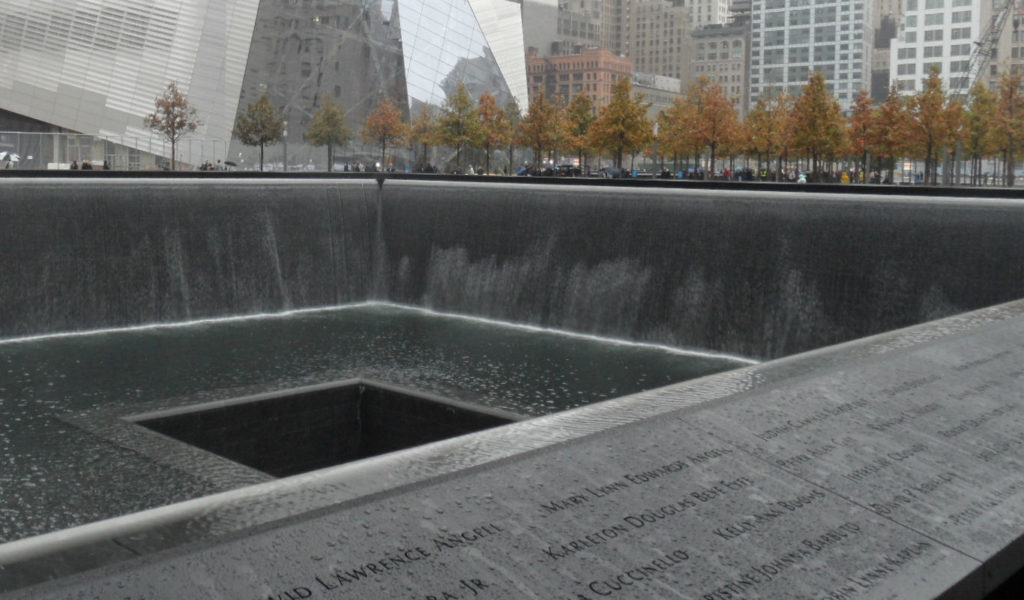 Last weekend marked the 15th anniversary of the 9/11 terrorist attacks, in which 2,977 people died. The attacks were widely reported across the media at the time and it is still the most high-profile attack on a first world country ever.

What hasn’t been widely reported was the increase in Islamophobia in America in the 12 months following the attacks. Until now.

Thousands of young American Muslims have taken to Twitter to describe their personal experiences of the hate-related violence post 9/11 for the first time in 15 years, and to tell of the prejudices their older family members have received. 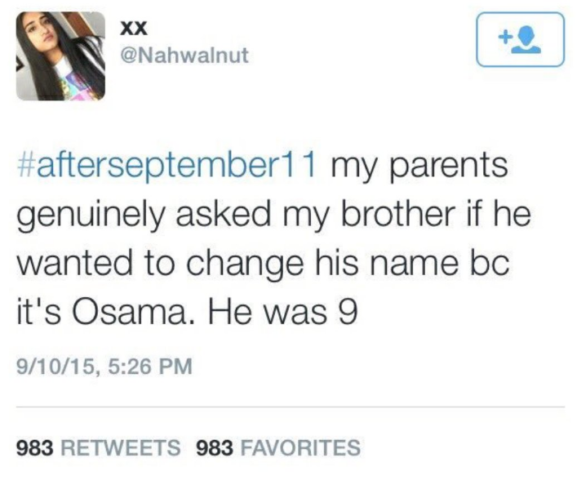 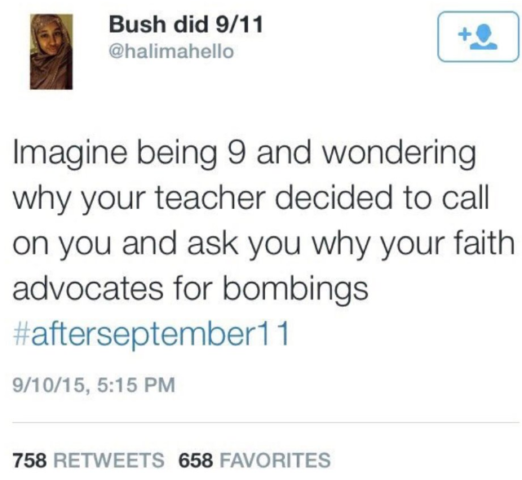 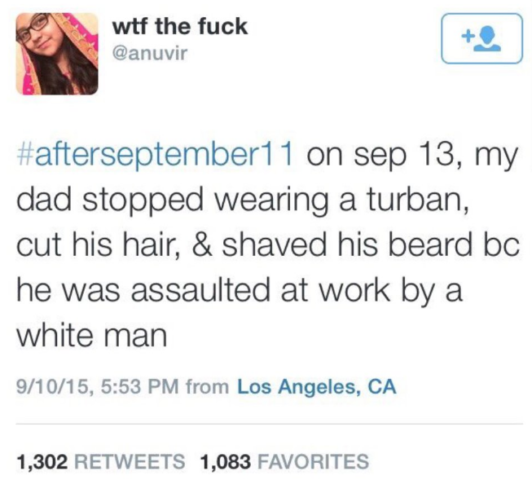 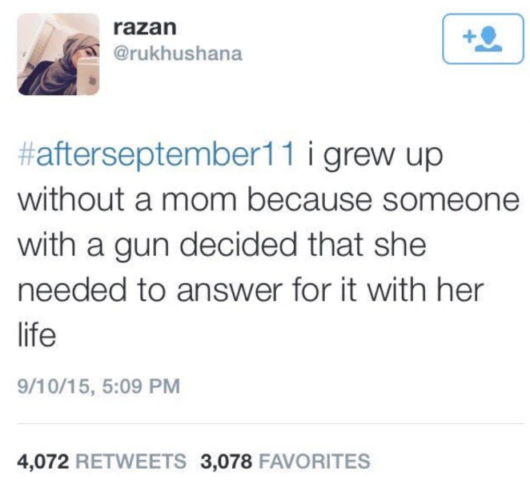 But why did it take 15 years for people to step forward? 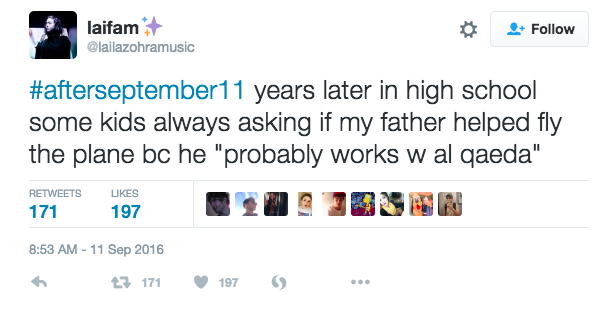 …Or to their family members at work and in day-to-day life. 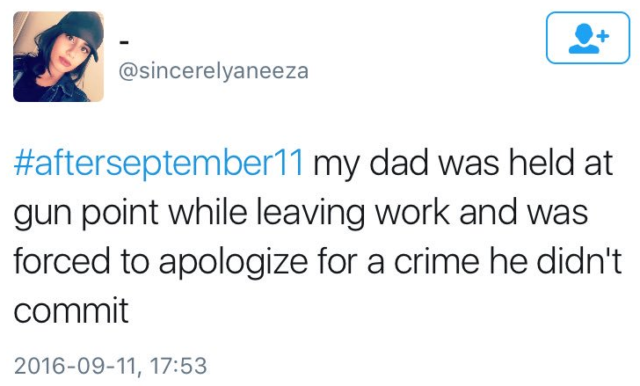 This shows the change that social media has brought to people. Younger people have discovered their voice through social and are using it to speak out for their parents and family members, who are less open to talking about the prejudices they’ve faced.

When she told her dad about setting up the hashtag, her dad advised her to ‘Be smart. Not loud.’ However, she went back to her dad and asked ‘why can’t I be smart AND loud?’.

9/11 has been cemented in history as a tragic day that won’t be forgotten any time soon. However, this year marked a turn in the tone of 9/11, exposing a dark consequence of the attacks that for so long went unknown. There are so many more victims of the 9/11 attacks than the 2,977 who lost their lives.