Behavioural Psychology: Why the Hell Would You Enter the Squid Game? 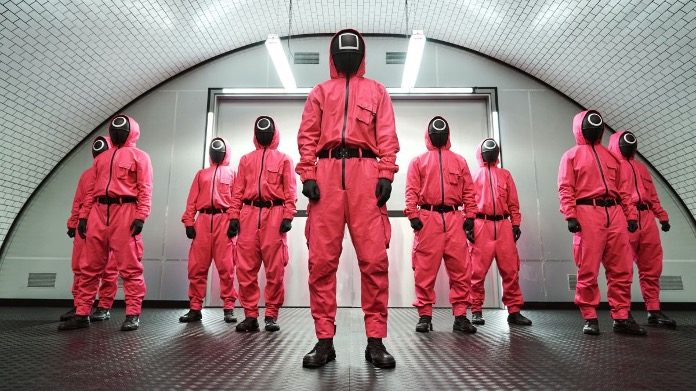 Have you seen Squid Game on Netflix? I’ll wait. It’s a visual and narratory masterpiece (excluding the last twenty minutes, which lack the ‘je ne sais squid’ of the preceding 465). To summarise in brief: over 450 people, all in debt, are invited to play a series of games in order to win a huge prize fund.

In perhaps the most niche blog of all time, I’d like to explore the behavioural psychology that might drive someone to enter the Squid Game: a deadly challenge resulting in a pay-out worth over £28m.

Firstly, it needs to be pointed out, that the show goes to great lengths to demonstrate that the participants are cash-strapped and distressed. But do desperate people make worse decisions? A study that came out only this week, across 61 countries, found that “being low-income does not alone appear to produce unstable decision-making; being in a more challenging environment does”. The Squid Game participants are certainly in a challenging environment: primarily, a dystopian Seoul with pricey healthcare and a city lacking in, well, soul. Just as our personal experience influences our outcomes, so too does the context of our decision making.

The method of entry into Squid Game is bizarre. Potential participants are approached by a suited stranger, inviting them to play the Korean game of ddakji. “Suited” is an important descriptor here, as there are many studies detailing the impact that clothing can have on interpersonal impressions: suits equal power, suits equal competence. Would you be more inclined to trust a financial advisor if he was wearing a suit instead of, say, board shorts? The evidence points to yes. 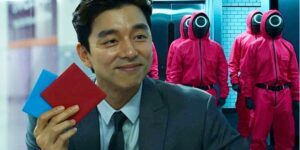 The invitation to play a game with the suited stranger is leading. It results in the desperate player being slapped each time they cannot pay the debt that they are accumulating throughout the game. No doubt you’re familiar with the ‘foot-in-the-door’ technique: start by asking someone for something small. If they comply with your first small request, they will be more likely to respond to your next and bigger request. Would-be participants are lured into a vulnerable position as they finally win a round of ddakji, having been slapped silly, and are encouraged to enter the Squid Game.

After some anaesthetising and truck bundling, participants wake up inside the diabolical reality of the main attraction: the Squid Game. It quickly becomes clear that there is a large cash prize at stake, dangling from the ceiling in an alluring, illuminated glass piggy bank. It also becomes clear that there are hundreds of other contestants and that this will be a fight to the death. So why, after some toing and froing, do the remaining participants decide to take part?

Firstly, we need to think about odds. Are the odds of winning really 1 in 456? Not strictly. We’re told that those who win all six games will receive a cash prize. That sows a seed of doubt. Could there be more than one winner? We also need to think about the overconfidence effect, that is, people’s confidence in their own ability tends to exceed their actual performance. It’s clear how this comes into effect here – by episode three, the number of players has dropped to 187. There are players who seem physically weaker or less intelligent than other players. It would be easy to inflate your own chances. Overconfidence bias and a lack of safety culture have contributed to disasters as wide ranging as Chernobyl and the sinking of the Titanic; Squid Game is not exceptional. 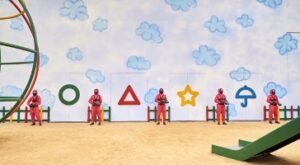 We also need to think about the nature of the games themselves: six Korean children’s games that evoke nostalgia and familiarity. Let’s talk about the Dunning-Kruger effect. Have you heard of imposter syndrome? Well, this is the opposite. The Dunning-Kruger effect suggests that people with limited knowledge in a certain area greatly overestimate their own competence, relative to their peers or to the criteria necessary to succeed. Think Donald Trump, who would no doubt declare the Squid Game easy to win. By presenting participants with children’s games that are easily recognised, the players no doubt feel comfortable determining that their chances are better than they actually are.

It’s also worth considering the (debatable) belief that people tend to choose pain over boredom. A study published in Science concluded that participants would rather administer electric shocks to themselves, than be left alone with their thoughts for 6 to 15 minutes. Of course, pain thresholds and mental tolerances vary, but let’s think about the situation the players return to when they briefly leave the game in episode two. It would be difficult to argue that the players are “bored” in their normal lives, as they seem to spend most of the time running away from creditors or dealing with fraught family circumstances, but they are certainly able to deliberate within themselves. Could the horror of Squid Game be preferable to the horror of the players’ own internal monologues? It’s certainly possible.

The great irony of Squid Game is that, when the majority of players return, it feels almost socially acceptable to take part. There is a sense of comradery at times, which can easily be manipulated. We know that external influence is a huge factor in determining personal decision making and this ultimately leads to many players being betrayed. There is also something timely about the entry of Squid Game into these players’ lives. While South Korea is not a religious society as a whole, we see evidence of religiosity in several players who might feel that it is divine intervention, or fate, that led them to the game. To those who believe, this is just another form of external influence.

We know that decisions are complex and knotty, but what we don’t know is how we might react when faced with a given decision. After all, we are irrational beings and our actions can only be predicted, or at best guessed, up to a certain point. Having watched Squid Game from afar, we are blessed with the hindsight that might allow us to frame our options differently. The players in Squid Game do not have this good fortune. They begin the game in episode one with only the knowledge that’s afforded to them: diddly squid.