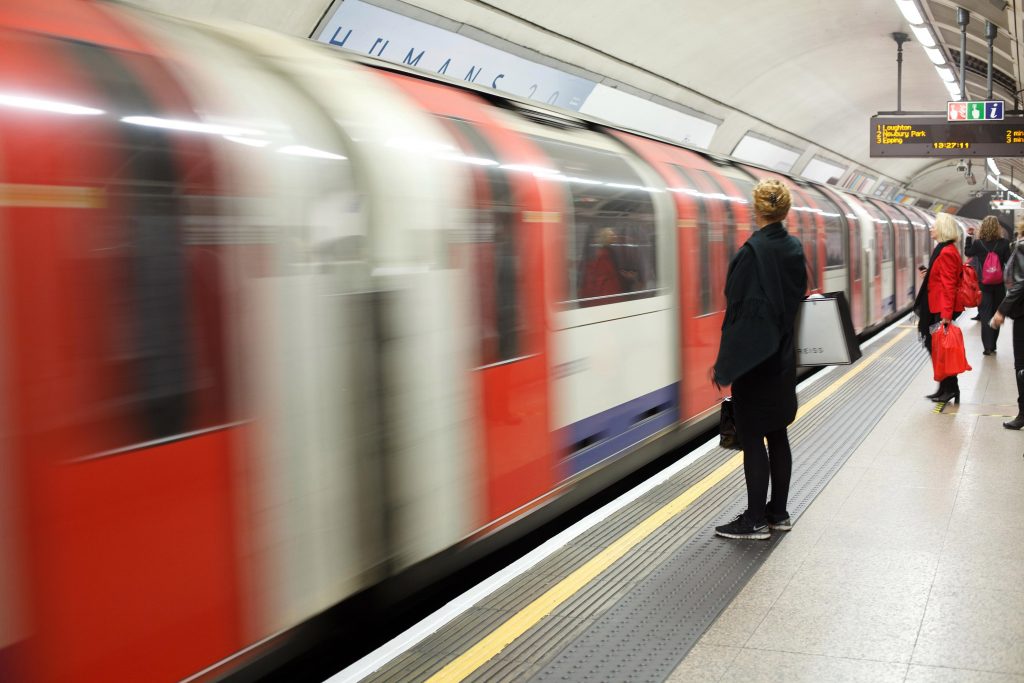 One of my favourite ads is this one by Transport for London: 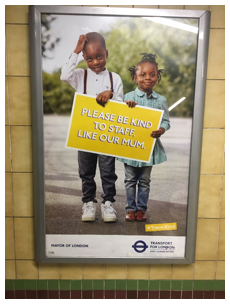 Is it effective in terms of behaviour change? I doubt if anyone can definitely say. But speaking as a passenger it’s just a heart-warming advert to be around. I’m sure that must also be the case for TfL workers who see the posters around the place.

The child-messenger has been used as a device by TfL before, but this time in a more hard-hitting way: 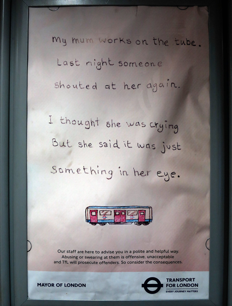 Another great ad. But why is TfL using this technique?

‘Messenger’ is the M in MINDSPACE, a behaviour change tool produced by the UK Government, which sets out nine of the most robust (non-coercive) influences on behaviour. The messenger effect is a well-evidenced psychological bias and a particularly important one for behaviour change communications. It means that the weight we give to information depends greatly on the reactions we have to the source of that information. In other words: we are heavily influenced by who communicates information.

Child-messengers seem uniquely able to trigger emotional responses in adults. Maybe it’s because sometimes we see our own kids in them. Maybe it’s the innate innocence and vulnerability of children that causes us to be less emotionally shielded and thus more prone to be affected by them.

In London recently, people caught speeding by the police in a 20-zone were offered an alternative to getting points on their licenses, which was to instead take a grilling from an assembled line of school kids on the side of the street. Watch the BBC news report to see what happens.

’Do you realise the dangers you are putting yourself and others in?’ asks one angelic 9-year old to one mortified speeder. Ouch. Afterwards, when the man is asked what he thought about being put up in front of the kids, his reply is “humbling actually, does make you think”.

Did it work as an intervention? Don’t know, sorry. (I’m making enquiries). Is it sustainable or scaleable? Also don’t know. But it’s interesting to see nonetheless. 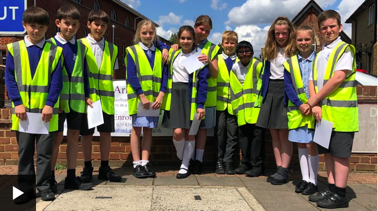 In another part of London, schoolchildren confronted adults directly to try and change their behaviours, this time to turn off their engines when waiting to pick up their kids outside the school gates. The Times describes what happened –

When The Times visited recently during school drop-off time, almost all drivers were ignoring a tiny sign at the level crossing gates telling them to switch off their engines when stationary.

Yet within five minutes every vehicle had gone silent — and it was not the threat of £40 fines for idling that had persuaded the drivers to comply.

There were shamed into doing so by the pupils of Thomson House, who marched up and down with homemade placards saying, “You are the solution to stop pollution”, and “Turn your keys, don’t make kids wheeze”.

The children knocked on the windows of any drivers still idling and politely asked them to switch their engines off, then rewarded them for doing so with a chocolate.

One driver asked nine-year-old William Shanks why he should switch off.

William eventually persuaded him to do so by explaining that it was to protect children such as him from exhaust fumes, which are particularly damaging to young lungs.

Can this kind of campaign achieve lasting change?

Maybe, but only if it follows through over the long term (say 4-5 years). On that basis I think it may have the potential to establish a no-idling norm among those parents. The campaign just needs the staying power to see it through so the behaviours can be bedded in and take root as automatic habits for individuals and a social norm for their community. So many campaigns move on prematurely before the job is done, so that would be my main concern with this approach.

But if those local examples of children-as-messenger campaigns weren’t enough to convince you on the underlying principles of the approach, there’s only one word I can say: Greta.

The phenomenon that is Greta Thunberg shows that messenger truly matters and that child messengers in particular can get to places adults can’t hope to reach. In the space of a few weeks Greta gave it both barrels to the UK parliament, the EU, the UN and even the Pope.

(Take a look at this picture and ask yourself who’s most honoured to meet who?) 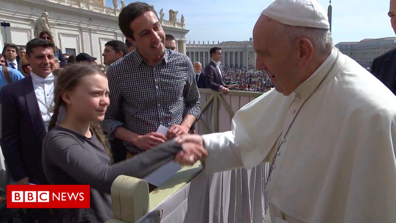 What Greta says in her speeches, the facts and the reasoning, isn’t anything new. It’s all been in the public domain for some time, it just hasn’t been taken seriously. But as we saw from the procession of the great and the good hanging on Greta’s every word, no one is going to be seen taking Greta anything but seriously.

The Greta phenomenon made it crystal clear: when it comes to having a word with adults, the child-messenger is not to be messed with.