Can the Lionesses bring it home for England’s girls? 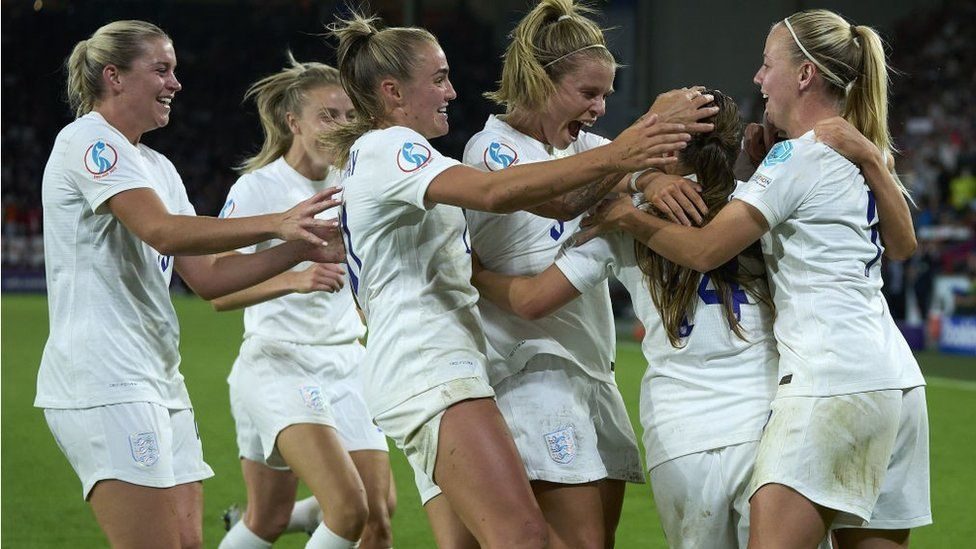 The Lionesses’ 4-0 victory over Sweden in the Euros semi-final marks an exciting moment in women’s sport and is certainly something to be celebrated, even before we reach Sunday’s final. I’m passionate about gender equality and this feels like an important milestone for sporting opportunities for girls.

I was surprised (or maybe I wasn’t) to learn that women’s football was banned in 1921 when the FA declared the sport ‘quite unsuitable for females.’ This was despite the success of the women’s game, both in terms of achievement and popularity. At the time, women’s football had been running almost parallel to the men’s game but for decades after that decision was made, England’s female footballers have been playing catch-up with other countries.

The excitement surrounding the women’s game sits in stark contrast with The Nuffield Healthier Nation Index’s report this week, which found that almost half (47%) of British women do no regular exercise – a problem that has been exacerbated by lockdown with 1 in 3 women saying their physical health has deteriorated over the past 12 months.

So how do we maintain the momentum and enthusiasm that the Lionesses’ success has created? How do we help more girls and women feel as though football is something for them? How do we ensure that sport and physical fitness more generally are inclusive and accessible for everyone?

The BBC has helped professional women’s football to reach more people, including those who might not normally pay attention to football or any kind of sport. Seeing the highly skilled players on our screens has got people talking about women’s football in a more positive way which has the potential to shift attitudes in the longer term. Ian Wright’s passionate plea for the future of women’s football will certainly have helped cement this idea in people’s minds.

It’s also helped to put some brilliant role models on the main stage, both in terms of players and pundits such as Alex Scott – challenging some of the stereotypes about who plays football or takes an interest in it. This tournament and the BBC’s coverage of it has not only normalised women playing and talking about football, it has also helped normalise the celebration of and enjoyment of women’s football.

This shift among an audience which includes parents and grandparents will hopefully mean there is more encouragement for girls to get involved in football. Whilst I can’t claim to have been inspired to get into football myself, I’m definitely keen to encourage my 4 year old daughter who (in my biased opinion) is already skilled at kicking a ball.

The risk of course is that the positivity around girls playing football doesn’t continue beyond the tournament and people quickly revert to their previous, more deeply rooted attitudes. Hopefully the Birmingham 2022 Commonwealth Games which start this week, have the potential to maintain some momentum around celebrating female sporting heroes and women being active.

Shifting attitudes through coverage and positive role models is an important piece of the puzzle. Getting more girls and women to be physically active also comes down to cost, accessibility, choice and availability and all of this needs to be considered through an incorporation of the experiences, opinions and ideas of the girls that will ultimately benefit. If girls’ voices are not represented in the design of sporting facilities and opportunities on offer and if girls are not given the opportunity to talk about the barriers they face, then efforts to inspire and encourage the next generation of women to be more physically active will be met with limited success. This requires a collective effort that we, at Claremont would love to be part of.