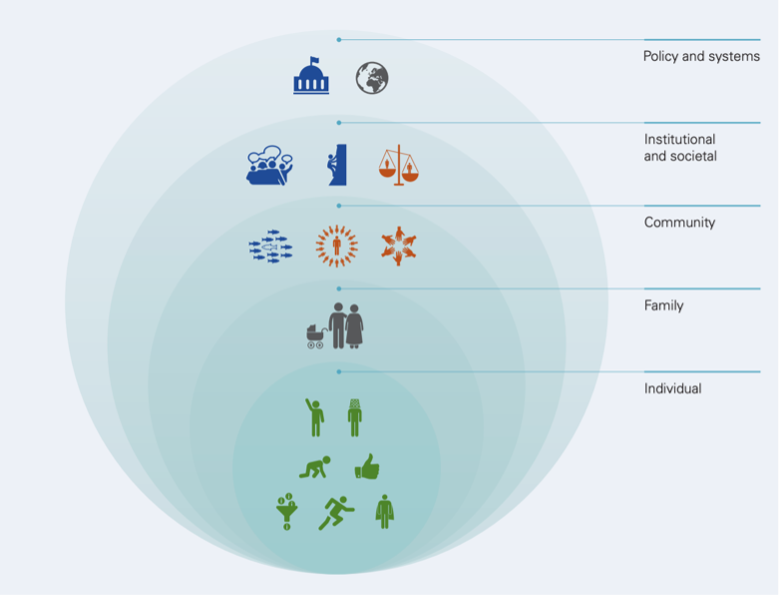 “All models are wrong, but some are useful”. A quote attributed to the British statistician George Box. When applied to models of behaviour, this quote would suggest that such models are perhaps too simplistic and ignore context. It also acknowledges that whilst these models are “wrong” and simplistic, they are perhaps useful in explaining and predicting behaviour. This is what the Behavioural Drivers model seeks to tackle and achieve.

Developed by UNICEF, the Behavioural Drivers model seeks to determine why people do what they do and how what they do can be influenced. It puts forward a critique of traditional intervention strategies and models in that they tend to ignore the context and agency of the individual, as well as the monitoring of the change process.

The Behavioural Drivers model also argues that whilst intervention strategies may be initially guided by a theoretical foundation, they often lead to what the model refers to as “go-to default interventions” despite what the evidence may suggest. As a result, the model has a strong focus on the implementation of evidence-based interventions.

One way it attempts to do this is by acknowledging the value of behavioural theories and decision-making models from different disciplines. It synthesises 25 of these behavioural theories and decision-making models (e.g., attribution theory, social marketing, and the Flower for Sustained Health). It is of this model’s perspective that not only can these models co-exist without contradiction, but they are able to complement each other.

The Behavioural Drivers model then identifies an expansive list of behavioural drivers from these models and organises them into three categories: psychological, sociological, or environmental. It could therefore be proposed that this is not strictly a “new” model, but one which promotes the application of existing models.

This is repeated for each theoretical category and level 1 driver and accounts for around 130 potential drivers of behaviour. This leads to an expansive and sharp framework which the model claims highlight the complexity of human behaviour.

The Behavioural Drivers Model also identifies that, much like the Socio-Ecological Model, there are several levels of influence that could impact an individual’s behaviour. These include individual; characteristics, interpersonal; social networks and the interaction between the individual and the people/customs around them, community; relationships between the individual and institutions around them, organisational; organisational rules and structures of society, and the policy/enabling environment; laws and policies which may promote or introduce barriers to intervention and change. It is the argument of this model that identifying both the drivers and influences of the behaviour will allow for better informed interventions as well as the identification of appropriate stakeholders. 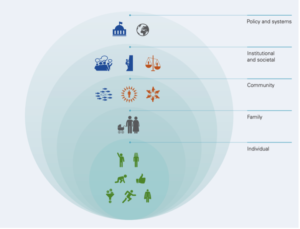 Whilst the Behavioural Drivers Model was originally developed to tackle issues relating to women and children’s welfare, it has been claimed it can be applied to other sources of behaviour change such as healthcare and wider social issues.

After the model has been applied and the potential drivers identified, this model pushes for the inclusion of focus groups and community exercises to identify local and environmental factors. The completion of these focus groups and community exercises would then allow for the prioritisation of drivers and social/environmental influences.  A strategy and plan could then be developed as well as the implementation of monitoring surveys to capture the progress of the desired behaviour change.

Overall, the model provides an expansive and in-depth perspective into the various drivers and influences which could impact behaviour. It is rigorously evidence-based and provides a strong theoretical framework for any campaign to change behaviour. It could be argued however, that it is perhaps too expansive, and it may prove logistically difficult to investigate these drivers as a result of time and/or funding limitations. Therefore, highlighting the conflict between rigorous evidence-based research and the implementation of it in behaviour change campaigns.