Campaign of the month: Pre-Testie Bestie

We often advise clients they need to be brave to develop behaviour change campaigns that get noticed. Move outside your comfort zone. Take a risk.

We all know that’s much easier said than done. It’s all too easy to end up with something bland and inoffensive – and ultimately ineffective – when you have five levels of internal sign-off and stakeholders with competing interests to navigate.

So I was very impressed by a presentation at last week’s World Social Marketing Conference about a campaign from the New Zealand Health Promotion Agency (HPA), which took boldness to another level.

The ‘Pre-Testie Bestie’ campaign was aimed at reducing the number of babies born with fetal alcohol spectrum disorder (FASD), which is estimated to affect up to 3,000 babies born each year in New Zealand. The HPA estimate about half of women drink alcohol in early pregnancy before they know they are pregnant, inadvertently exposing their developing baby to risk.

The campaign wanted to reduce alcohol consumption during early pregnancy by encouraging sexually active 18-30 women to stop drinking if there is any chance they could be pregnant.

Avoiding the ‘worthy but dull’ trap

It would have been easy to produce a worthy, earnest informational campaign which allowed public health leaders to nod sagely in meetings when asked if they were doing anything about the problem, but which failed to actually engage the target audience. In fact, the speaker at the conference was candid enough to admit the HPA started here – and it wasn’t working.

So they returned to the drawing board determined to think audience first. They spoke to young women from the target audience and recognised they needed to speak in their language. They needed to lighten up and tell an authentic story that their audience could relate to. Drop the ‘doom and gloom’ messaging and dial up the humour and positivity.

They also spoke to stakeholders: health organisations on the frontline of dealing with the problem. They told them they needed to focus on influencers of young women – mainly their drinking buddies – and highlight the critical role they can play in supporting their friends to make the right choices.

And so Pre-Testie Bestie was born: a YouTube content series telling a story of a young woman supporting her ‘bestie’ who suspects she may be pregnant, to be alcohol-free until she can take a pregnancy test.

But where’s the risk here? Well, suffice to say the content is not the sort of thing you expect from a public health body. Two comedians were cast in the starring roles, who were ‘besties’ in real life, and they were given a loose script and a mandate to be creative. What they produced is very funny but also very sweary.

The content was so bold it seems the HPA had last minute jitters – and the launch was held for several months while senior execs and even ministers were given reassurance the campaign was based on evidence, was rigorously tested and was supported by stakeholders.

In the end, they had the guts to go for it – a decision that, on the face of it, appears more than justified by the early results. Tracking surveys suggest they reached more than 90% of their target audience, with recall apparently 978% above industry norms. And while the content wasn’t everyone’s cup of tea – some accused it of being cringeworthy and condescending – the messages seem to have cut through.

It’s too early to say if this will lead to measurable behaviour change but there’s no question that – thanks to a commitment to insight-driven authenticity – the campaign has passed the first test: getting noticed. 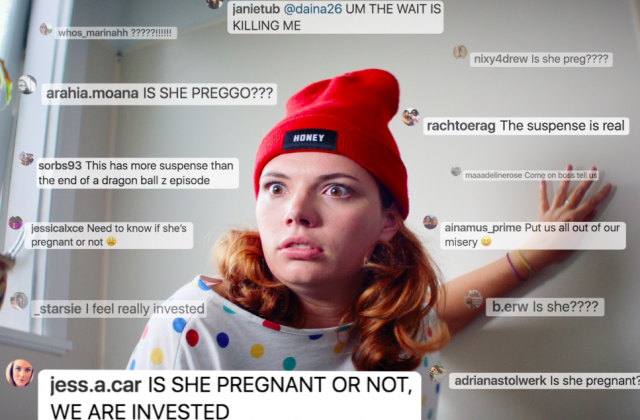