It was an honour to recently present our work at a Save the Children conference in Belfast.

I was accompanied by Ashleigh and Heather, two of the East Belfast mums we worked with to co-design the next phase of the Wonderwords programme. 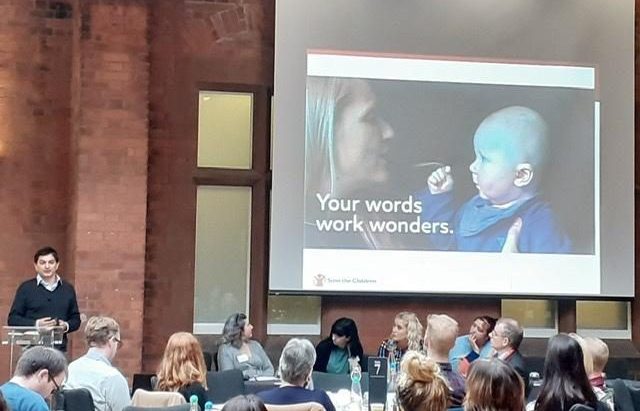 There’s no doubt that co-design elevated this work. How?  Broadly, in three ways:

1. By bringing in representatives of the target audience to the design process we gained access to their lived-experience. We were able to create something special that sang to them, but we were also (hopefully) able to avoid misstepping, which is so easy to do when it comes to a hyper-delicate subject like parenting.

2. Co-design added credibility. The rigour of the methodology meant the output stood up to scrutiny among the policy bigwigs and budget-holders that we were presenting to at the conference.

3. The co-design process also created a fired-up crew of parents who are willing and able to advocate for the campaign. Ashleigh and Heather and the other parents that took part in the process, which consisted of 5x 2-hour sessions over a period of eight weeks, became part owners of the work. It became personal for them. They gained a stake in it. They signed it off. Which made them all the more keen to support the campaign and be part of where it goes next.

THANK YOU to the parents that took part, the Sure Start team that made the group possible, as well as Save The Children’s spectacularly awesome team in Belfast.